What Is Power Bank? 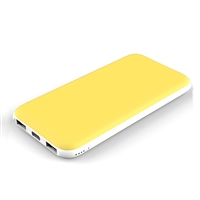 Power bank also called "mobile battery", "external battery", "spare battery", "digital charging companion", and "charging stick". It also has a very personal name: "mobile phone lover". "Power bank" concept has been developed along with the rapid growth and popularization of digital products, and its definition is: portable power supply which is easy to carry with large capacity....

What is Power bank? Power bank also called "mobile battery", "external battery", "spare battery", "digital charging companion", and "charging stick". It also has a very personal name: "mobile phone lover". "Power bank" concept has been developed along with the rapid growth and popularization of digital products, and its definition is: portable power supply which is easy to carry with large capacity.

Power Banks are comprised of a special battery in a special case with a special circuit to control power flow. They allow you to store electrical energy (deposit it in the bank) and then later use it to charge up a mobile device (withdraw it from the bank). Power Banks have become increasingly popular as the battery life of our beloved phones, tablets and portable media players is outstripped by the amount of time we spend using them each day. By keeping a battery backup close by, you can top-up your device(s) while far from a wall outlet.

Power Banks may also be known as Power Stations or Battery Banks, too.

Capacity in mAh: mAh stands for milli Ampere-hour and measures the amount of power flow that can be supplied by a certain power bank. Amount of mA X time at 5V ideally. Many manufacturers measure this at the voltage of battery inside, hence they show more than actual.
Simultaneous charging and discharging: need to specify if the power bank can be used while it is charging.
Number of output USB ports: This specifies the number of devices that can be charged simultaneously.
Output current rating: This specifies the current rating that it can charge maximum. The higher the number, the better the power bank. This can vary from output port to output port.
Input Current Rating: Input current rating is the amount of current the power bank is able to draw at its maximum level while getting charged.
Safety Protections: Over Voltage Protection, Over Charge Protections, Over Current Protections, Over Heat Protections, Short-Circuit Protections and Over Discharge Protections are the common safety measures observed with standard power bank.
LED Indications: The Led glows as per indicating the amount of charging ability left with the power bank.
Applications
Since a battery charger is intended to be connected to a battery, it may not have voltage regulation or filtering of the DC voltage output. Battery chargers equipped with both voltage regulation and filtering may be identified as battery eliminators. 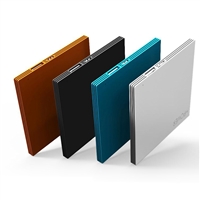