iPhone 7S/8 No Bezels, A Return To Glass Backs, And Say Goodbye To The Home Button 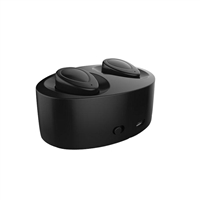 "Apple is likely to continue making iPhones without headphone jacks, and next year's iPhone 7S/iPhone 8 will have a full-screen face with the virtual button built directly into the screen, according to two people at the company who spoke on condition of anonymity because the product details are private," the Times reports....

While rumors about the iPhone 7, which arrived in September, indicate that it may not get a huge redesign, the Wall Street Journal said in mid-June that the 2017 iPhone will be radically different. New information from sources speaking to Bloomberg also reiterate that the 2017 iPhone may "appear like a single sheet of glass." That would eliminate much of the bezel around the display as well as the home button.
Now, BGR is further reporting that the top bezel will also be removed ˇŞ this could be a tricky move, as the top bezel houses the ambient light sensor, a proximity sensor, the front speaker, and the front-facing camera. But a patent discovered by Apple Insider suggests that Apple is actually looking to move the front-facing sensors to underneath the display. For a closer look, you can check out U.S. patent No. 9,466,653, titled Electronic devices with display-integrated light sensors.
These reports corroborate rumors brought to light by Apple insider John Gruber, who was among the first to say that the 2017 iPhone 7S/8 also may not have a single bezel ˇŞ that plays well with the idea of a single sheet of glass. The entire front of the device could be one giant display, and the Touch ID sensor would be embedded in the screen itself. This has been reiterated in the New York Times, which quoted anonymous sources.
"Apple is likely to continue making iPhones without headphone jacks, and next year's iPhone will have a full-screen face with the virtual button built directly into the screen, according to two people at the company who spoke on condition of anonymity because the product details are private," the Times reports.
These rumors have been further corroborated by analyst Ming-Chi Kuo of KGI Securities, whose recently released report suggests that the 2017 iPhone would feature a glass front and back design. Apparently, the popularity of the glossy finish of the jet black iPhone 7 prompted this decision ˇŞ as KGI Securities reports, around "30 to 35 percent and 45 to 50 percent of pre-orders around the world, and in China," respectively, were of the jet black variety.
Moreover, Kuo suggests that higher-end models of future iPhones will likely use stainless steel in their cases ˇŞ so look out, world. We're about to get real fancy.