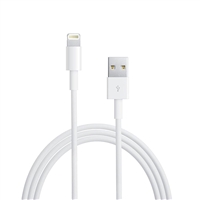 As of December 20, Apple has officially extended these discounts on USB-C accessories (including the monitors) to the end of March 2017. All other details about the discounted pricing is the same as before....

Update: As of December 20, Apple has officially extended these discounts on USB-C accessories (including the monitors) to the end of March 2017. All other details about the discounted pricing is the same as before.

Original story: Apple is offering an olive branch to new MacBook and MacBook Pro buyers annoyed that their old stuff won't work with their new laptops. The company is discounting most of the USB-C cables, dongles, and accessories it sells in its online and retail stores. The downside? The discounts only last from now until the end of the year, and prices will presumably go back up after that.

The USB-C to USB adapter goes from $19 to $9; the Thunderbolt 3 to Thunderbolt 2 adapter drops from $49 to $29; the USB-C to Lightning cable goes from $25 to $19 for one-meter cables and from $35 to $29 for two-meter cables; both the HDMI and VGA versions of Apple's multi-port dongles drop from $69 to $49; and SanDisk's Extreme Pro SD card reader drops from $49 to $29. All other third-party USB-C cables and peripherals will be discounted by about 25 percent. The only excluded products are Apple's USB-C power adapters and the USB-C charge cables sold for use with those power adapters.

The temporary price cuts won't completely compensate for the annoyance of having to use dongles in the first place, but they'll help. They may also dissuade buyers from hopping on Amazon and buying cheaper but potentially faulty or non-certified cables and accessories (plenty of perfectly good accessories are out there, too, but finding the rose among thorns isn't easy). It would be great to see some of these price cuts become permanent in the new year.

Apple Beats Samsung To Top Holiday Phone Activations Should I Buy A Refurbished Mac? Why The Apple Refurbished Store Is The Best Place To Find A Cheap Mac What Can You Plug Into A USB Port? What Is A USB Port? What Does USB Connector Mean? The Real Connection Between Cable And The Web - And Why It Matters more >>